At the border between Serbia and Croatia, a region where the bloody Yugoslav War is still resonating, there is a heap of sand in the Danube that someone wants to turn into a new nation. In 2015, the micro-nation Liberland was founded by a Czech politician who claims to have planted his flag in this no man’s land. As the first president of Liberland he tries to shape his country. Is it idealism or does he have other, non-altruistic goals? 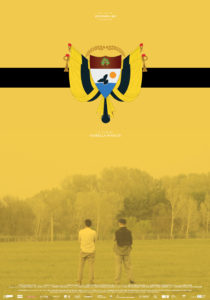